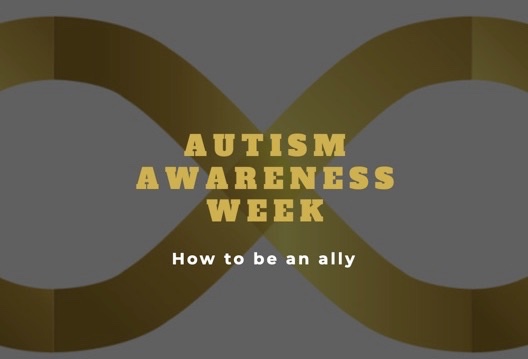 How to be an ally to autistic people

This week marks World Autism Awareness Week. From 29 March – 4 April 2021, people and communities will be prompted to join forces to raise awareness, fundraise and amplify the voices of autistic people.

Whilst it’s vital that all of the above is done and celebrated all-year-round, Autism Awareness Week does give a stage for important information and messages to be heard.

With this in mind, we’ll be shining the spotlight on different topics and stories across our social media channels over the course of the week. But what better place to start than providing a few pointers on how to be an ally to autistic people, this week and beyond?

What is an ally?

Being an ally means learning about and standing up for issues even though they might not directly affect you.

Becoming an ally means that you learn about autism by listening to autistic people’s experiences, digesting that information and showcasing support.

Allies are key. But, how do you begin on your journey to becoming an ally to autistic people?

We’re going to share exactly that with you today. Here are just a few ways you can become an ally to autistic people, now and beyond Autism Awareness Week.

Let this be your reminder of the importance and value of becoming an ally. Fostering environments of inclusivity can really help autistic people, so it’s important to do what you can to create that space.

There is so much more that could have been added here so if you have your own suggestions and ideas to share, please do feel free to get in touch with us. You can tag us on Facebook and Twitter @DisabilityWales.

We’d love to hear from you!