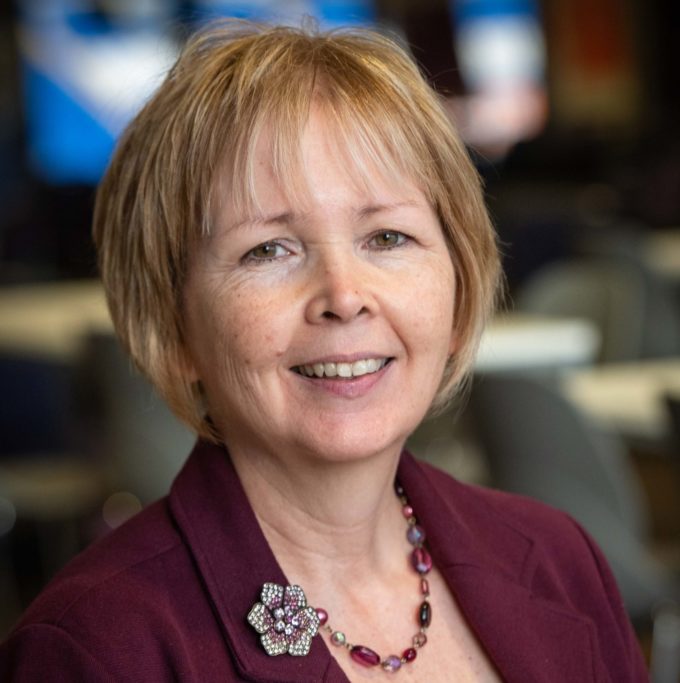 Rhian Davies, Chief Executive of Disability Wales since 2001 is a longstanding advocate for disability rights and equality.  In 2017 she gave evidence at the UN in Geneva to the Committee on the Rights of Disabled People during its review of the UK Government’s implementation of the Convention.  Rhian chairs the Welsh Government’s Framework for Action on Independent Living National Steering Group. From 2013 – 2016 she was Disability member on Welsh Government’s Tackling Poverty External Advisory Group and is a former member of the EHRC’s Statutory Wales Committee (2007-2012).

Rhian is responsible for the management and development of Disability Wales, including implementing work programmes, managing the staff and financial and material resources of the organisation, and ensuring that Disability Wales meets its legal obligations.  Rhian represents the organisation in various partnerships and supports the Directors to fulfil their roles and responsibilities.